You pushed him away. Maybe you hurt his feelings, or maybe you said something he thought was unreasonable.

But now it’s been a while and he still hasn’t called you back. What do you do now?

The thing is, many guys have a hard time getting over being rejected or hurt. So, you’re going to need to take the initiative and show him that you want to win him back.

Here are some pointers you can use:

1) Give him some time to figure things out

Listen, I know this is not what you want to hear from me, BUT your man might need you to give him some time to figure things out.

You may have broken his trust or hurt his feelings, so he needs to think about the whole situation and decide for himself if you are worth fighting for.

The last thing you want is to become a “clingy mess” who calls and texts him 10 times per day.

Because this type of behavior will push him away even more.

The right approach is to wait a week or two and then try to get back in contact with him. If you still want him back, try sending him a simple text that says “Hey, just checking in. Hope all is well.”

If he doesn’t reply, wait another week or two and repeat this process.

The main idea here is that the more space you give him, the easier it will be for him to miss you and want you back.

Okay, the worst thing you can do is beg him to come back.

Because begging makes you look desperate and all the guys hate it.

Although that could be what you’re genuinely feeling, it’s still not advisable to approach him in this manner.

Numerous relationship experts think that a woman should never beg a guy to come back to her. It’s simply not the right approach.

When you beg, you lack the confidence and strength that men desire in a woman. So, instead of begging, try standing your ground and going after him with determination and self-confidence.

He’ll be impressed with your strong character if he decides to give you another chance.

3) Be cool and don’t play games with him

Okay, enough of the begging! It’s time for something much more attractive…

Don’t play games or try to manipulate his emotions!

If you want him back, let him know in the most natural way possible that you still want to be with him.

Instead of playing games, be honest and tell him what you want in a nice way.

Here’s an example: “I’m really sorry for what I did. I know I hurt your feelings, but as I said, that’s the last thing I wanted to do. Can we meet again?”

The way you talk and act will speak volumes. But there are still more things you can do to win him back…

4) Get professional guidance to win him back

The points in this article will give you a good idea of how to get him back when you pushed him away.

But what if you’d like advice tailored to your unique situation?

A gifted advisor can answer all sorts of questions and give you the guidance you’re searching for.

Like, did you push him away for good? What can you do to win him back? Is he really worth fighting for?

When I spoke to someone from Psychic Source after going through a rough patch in my relationship, they really helped me out. After months of not feeling like myself, I was finally able to see my situation with better clarity and direction.

Not to mention, I was extremely impressed by how kind, empathetic, and understanding of my unique situation they were.

In a love reading, a gifted advisor can tell you whether you can win him back, and, most importantly, empower you to make the right decisions when it comes to your life.

5) Start taking better care of yourself

Want him to run back into your arms? Show him that you’ve become a better version of yourself.

How do you do that?

By improving your personal hygiene, making better decisions, and becoming more confident in your appearance.

Try to fix little things, such as:

As you can see, small things make a big difference. But it’s your attitude that’s most important…

If you act like you’re the hottest woman in the world and like nothing can get you down, he’ll run back to you without thinking twice.

6) Ask him what you could do to win him back

Pulling away from your man was definitely not the best idea. And regardless of your efforts, he might still need some convincing…

This is where you could be in luck: men love to be pursued, especially by a woman who isn’t afraid to fight for them.

So, do you want to win your guy back? Ask him what you could do to win him back – he’ll appreciate it.

But of course, you must also ask for his forgiveness and tell him how much you want to work things out with him. Just tell him how you really feel.

Here’s an example: “I’m sorry for hurting you, but I also realize now that I might have been too quick to judge… I made a mistake. I want to be with you.”

If he accepts your apology, great! You’ve broken the ice and he wants to take another chance with you.

7) By all means, avoid acting desperate

Let’s face it: your behavior could be pushing him away even more.

Yes, you don’t want to play games with him, but that doesn’t mean you should act desperate either.

Don’t beg, cling to him and act like a stalker. Even if he comes back to you, he’ll lose respect for you in the process and things won’t work out long term.

How can you stop yourself from acting desperate? It’s simple… Just avoid doing things like this…

For example, don’t text him 100 times a day, don’t call him, and don’t even think about showing up at his house. That’s the fastest way to lose any respect he might have for you.

8) Show him proof that he is your soulmate

Wait, what? I know this may sound a little crazy, but one way to win this guy back after you pushed him away is to show him proof that he is your soulmate.

But how do you know if he’s really your soulmate?

Unless you know for sure, you could end up wasting emotions and time on a relationship with someone who isn’t right for you. And, you could also mislead him into thinking the wrong things.

But what if there was a way to get absolute confirmation?

I’ve just stumbled upon a way to do this…  a professional psychic artist who can draw a sketch of what your soulmate looks like.

Even though I wasn’t convinced at first, my friend convinced me to try it out a few weeks ago.

Now I know what my soulmate looks like. The crazy thing is, they’ve been right in front of me this whole time.

If you’re ready to find out what your soulmate looks like, get your own sketch drawn here.

9) Do something that makes him smile

Do you really want him back? Then do something that will make him happy. Here are some ideas to get you started:

Apart from being funny and making his day, these actions will also help you get closer and maybe go on a date with him in the future.

10) Be yourself, but be in a better mood

Sure, staying positive is important. But it’s also important to be in a good mood when you’re trying to win him back.

That means that you should try to relax and forget about the past. This will make you more appealing and make it easier for him to decide whether or not he wants to give you another chance.

So what are some things that’ll help you relax? Here are a few suggestions:

Your good mood will show, and he’ll be more likely to forgive you if you’re not surrounded by drama and constant reminders of what happened between the two of you.

Patience is power. It doesn’t matter what you’re trying to accomplish, whether it’s a promotion at work or getting your man back.

Yes, it’s very important to take action and make him miss you. However, if you don’t have patience…

So if you want him back, learn to be patient and wait for him. Sure, it’s hard. But if you’re patient and act right, he might just come back to you.

12) Switch your focus to doing something productive

What if you’ve done all you can to get your man back and he still isn’t answering your calls, texts, or emails?

What should you do then? Spend all your time moping around, crying, and thinking about him? No way!

Instead of doing that, why not focus on something productive instead… something that’ll make you happy.

Maybe it’s a hobby or maybe even a new career opportunity. Whatever it is, make sure it’s something that will bring you joy.

By doing so, you’ll not only get your mind off things, but you’ll also enjoy yourself even with things not going your way.

And in the meantime, he’ll have the necessary time to figure things out and come back to you.

How do you stop pushing away someone you love?

According to renowned relationship coaches, people tend to push away the ones they love for multiple reasons.

Some people do so because of their own insecurities and self-doubt. Others do so because they are too nervous to make commitments.

Others push away the ones they love in order to protect themselves from future heartache when things inevitably don’t work out.

If one of these reasons is at play with you, it is time to take a long, hard look at yourself and decide whether you really want to make things work out in the long term.

If you do, now is the time to formulate a plan on how you are going to change your negative behavior patterns. Once you’ve done that, you’ll be on the road to a better, happier life with someone you love.

You pushed him away and want him back?

As you can see, fixing a mistake like pushing your boyfriend away is possible.

You can use the tips above, or you could try Psychic Source. They’ve consistently helped me in the past when I’ve felt stuck in a rut.

That’s why I always recommend them to anyone who has made a mistake and wants to fix their relationship. Their advisors can help you get to the root of your problems and guide you in making empowered decisions about your future.

When I got recently signed up for a love reading, I was blown away by how kind and genuinely helpful they were. 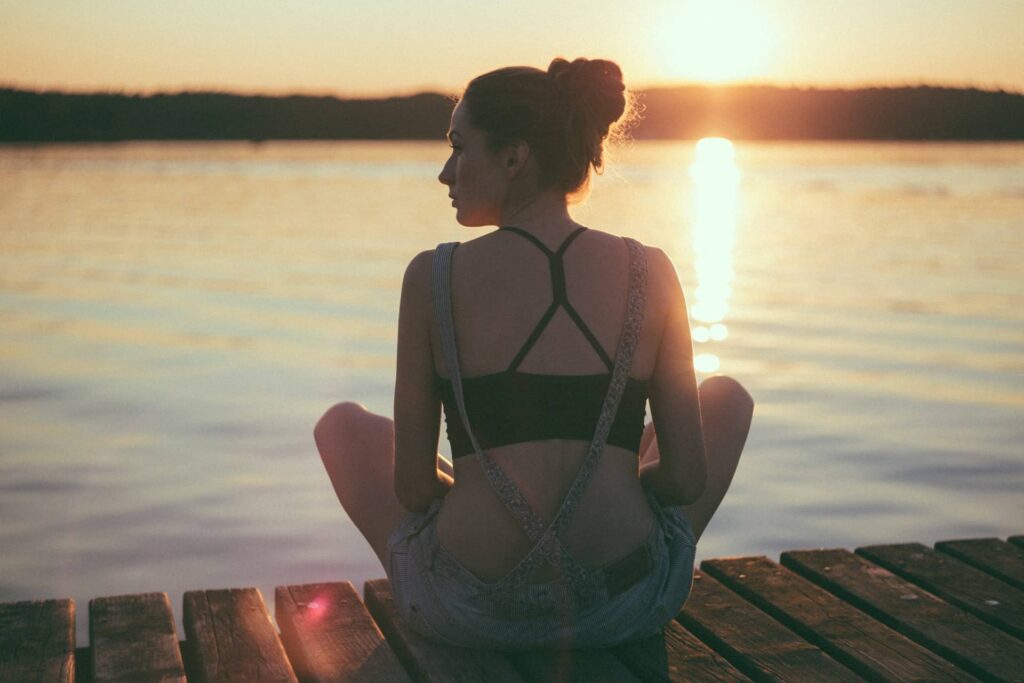 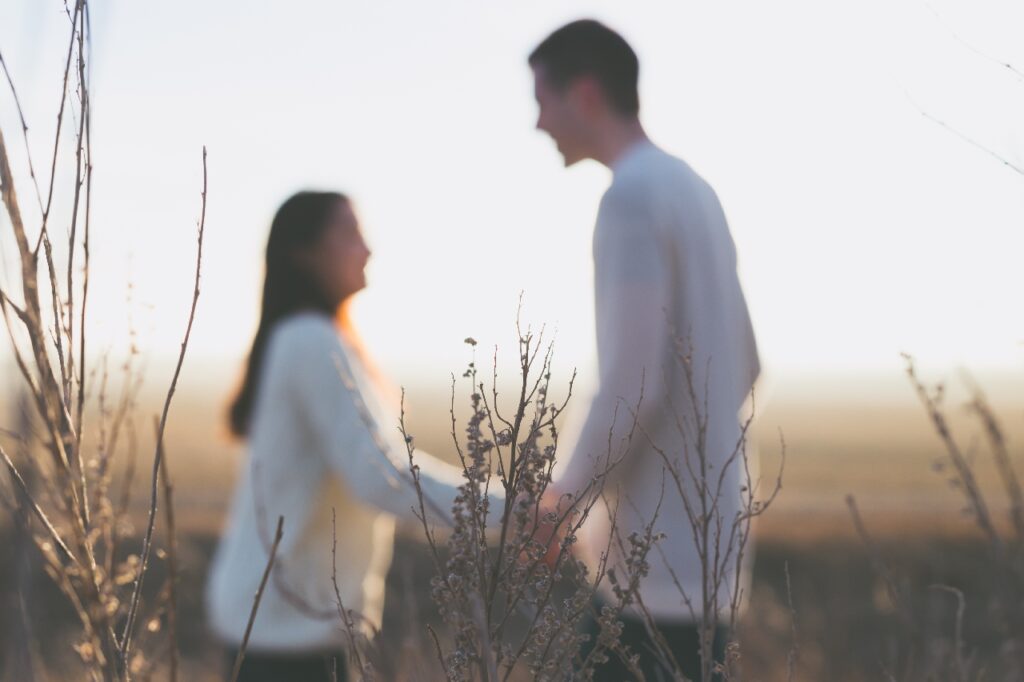 I’m Daniela, a passionate writer with an academic background in journalism. My work is based on research and facts. In recent years I have focused on the study of interpersonal relationships, analyzing, and writing about aspects related to social connections, romantic relationships, but also personal development. My goal is to decipher the most confusing concepts so that anyone who is interested in living a better and fulfilled life can apply them. When I’m not writing, I challenge my friends with meaningful questions about life.